The 1943 Steel Cent Coin is the only circulated U.S. coin that did not have a single drop of copper in it. There are also 40 1943 copper pennies struck by accident as well but they are very rare and expensive if sold on an auction. All 1943 one-cent pieces are made from 100% steel, coated in a thin layer of zinc. Although this one-cent coin is not particularly a rare collectible item and not worth a fortune, some coin collectors still consider it worthy of a space in their collection, if only for history’s sake. 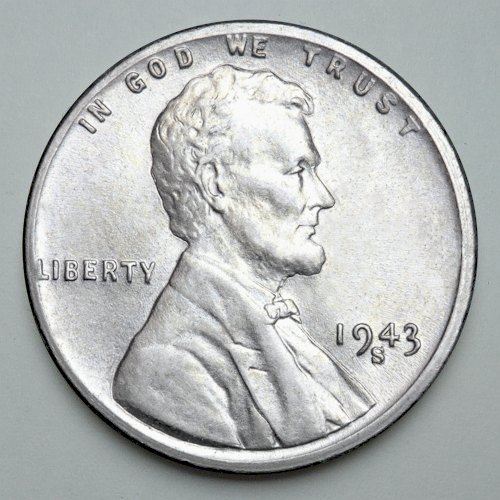 More popularly referred to as “steelie”, the steel cent coin was created as a replacement for the copper pennies in 1943. That was the year of World War II when copper metal was being widely used for equipment and ammunition. Little was left of the metal, if there was any, for coinage. So, the U.S. Mint had to think of an alternative metal to continue producing one-cent pieces.

The 1943 Steel Cent coin bore the 1909 Lincoln obverse design and the Wheat Head reverse design, both created by Victor D. Brenner. Steelie was minted in all three U.S. Mints: in Denver, San Francisco, and Philadelphia. To distinguish them from the main mint issues, San Francisco and Denver mints issues bore the mintmarks “S” and “D”, respectively. 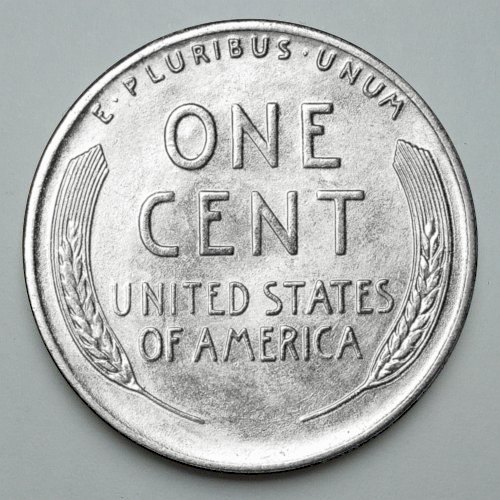 The Steelie coin lived a very short life in production due to several problems that the public encountered because of the coin’s metal composition. For one, it was always mistaken for dimes, especially when still new. The confusion irritated consumers. Another problem was with vending machines, which have magnets that detect counterfeit coins.

Although the Steelie was covered in a thin layer of zinc, that didn’t stop the magnets from attracting the steel coin. Another irritation for the public was the rust that quickly develops on the coin when handled by sweaty hands. As an answer to public demand, the Mint recovered and recycled brass shell casings to produce similar (though not exactly the same in composition) brass alloy coins again in 1944 until 1946. After that, the Mint was able to afford the use of the old brass alloy again. But during the transition, circulation of the Steelie cents continued until the 1960s. The U.S. government little by little recalled the 1943 steel cents and eventually had them destroyed.

Of the 1943 one-cent issues, the Mint error copper cent mentioned earlier is the most notable and valuable error rarity. Although these coins were not issued for circulation, some of them somehow found their way in and they are now worth a fortune. Two of these rarities are known to be sold at a very high price: one was sold at $40,000 in 1958 and the other just recently, for $200,000 in 2004. Because of their known value, counterfeits were made by copper-plating the ordinary 1943 cent. It is easy to detect counterfeits though. All you need is a magnet test.