The 1885 morgan dollar did get his name from the designer, George T. Morgan. Morgan dollars were made from 1878 to 1921 and some years are very scarce, difficult to find and expensive to buy, mostly on auctions. The year 1885 is not even so special in this matter as there are many authentic 1885 morgan silver dollars in circulation but still, they are making in China counterfeit coins with this date.

Here below are the images from an authentic and a counterfeit morgan silver dollar coin, both showing the year 1885. 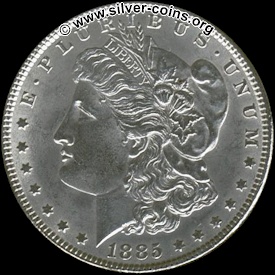 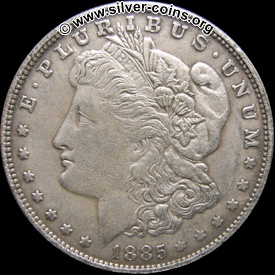 When comparing both 1885 morgan dollar coins the following differences are easy to see on the counterfeit coin and not on the authentic coin. 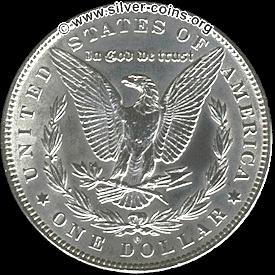 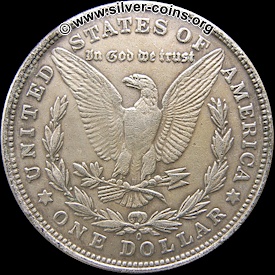 The reverse side of the counterfeit morgan coin we did use for this example was having, of course, the same soft details as the obverse side and it’s easy to see that the letters and numbers used are not the same on this Chinese counterfeit coin. Note also that the O for mintmark New Orleans is more a 0 (zero)