The Five-Cents Nickel is a very popular denomination among Americans, since time immemorial until today. Maybe it’s because, in the olden days, a lot of things or services were priced at a “nickel”. In fact, a lot of terms and expressions have been coined from this coin. Examples of these expressions are: “it’s your nickel…”, which is used in telephone conversations in the 1950s when calls from public phones cost five cents; “nickel and dime”, used as a verb that means charging someone in small but numerous amounts; “nickel-and-dime”, used as an adjective to describe cheap places or business establishments; and many others. This very common but very famous U.S. coin is maybe one of the easiest coins to collect hence, ideal for the novice coin collector. These coins are considered easy to collect because the latest design is still being minted today and some of the old varieties can still be found in today’s circulation. And there’s nothing more ecstatic than finding a treasure in pocket change! One just has to be a very keen observer and must know what to look for in a collectible coin. Although very common, there are Five-Cent Nickel coins that are very precious for numismatists and coin collectors and are worth a fortune.

The use of nickel in coinage was introduced due to silver shortage during the American Civil War in 1861.

Nickel was chosen, together with copper, to produce a cheaper metal alloy for the coinage of the five-cent. Mintage of the Five-Cent Nickel series began shortly after the civil war in varying designs and is continued up to this day in its most modern design. 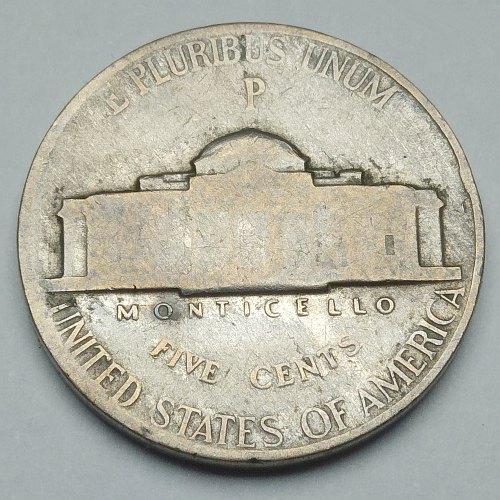 First of these designs is the Shield Nickel designed by James Longacre, which were minted from 1866 until 1883; second was the Liberty Head V Nickel designed by the Mint’s chief engraver Charles Barber, minted from 1883 until 1913; then there’s the Indian Head or the Buffalo Nickel coins designed by James Earle Fraser, from 1913 until 1938; and of course, the famous Jefferson Nickel coins designed by Donna Weaver for the obverse and Felix Schlag for the reverse, in two popular issues—Wartime and Collectible issues, from 1938 until 2003; and lastly, the Westward Journey Nickel series, in three modern designs—2004, 2005 and Forward-facing Jefferson designs—from 2004 until the present day. Of all these designs, the Jefferson series are the easiest to collect since they are still widely circulated today. Even the old designs of the 1940s and 1950s are sometimes found in circulation.