This silver drachma coin has been made between 302 to 309 A.D. during the Persian Sassanian dynasty of Hormizd II, King of Persia. The Sassanian dynasty did begin in the year 208 A.D. with King Papak and lasted until 651 A.D. with King Yazdagird the third when Persia was overrun by Arab Islam conquest that year. The name King Hormizd is also many times (wrong) spelled as King Hormazd. The problem with identifying ancient coins like these as a counterfeit coin is because many collectors never saw an authentic one before. Its also true that most tourists who went to an Arabian country thought they bought something with a high value but coming home with a forgery, close to finding this page.

Here below are the images are shown from an authentic King Hormizd II, 302 to 309 A.D. silver drachma and a Hormizd the second forgery. 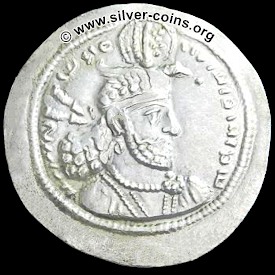 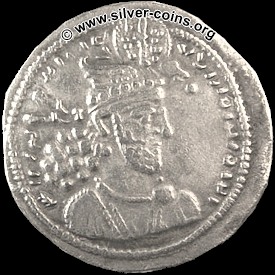 The obverse side of the Hormizd II silver drachma does show the head of King Hormizd wearing his distinctive eagle headdress and an inscription with his name around. When comparing the authentic silver drachma and the counterfeit drachma the following differences can be seen. 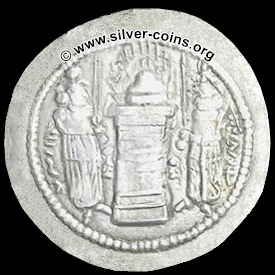 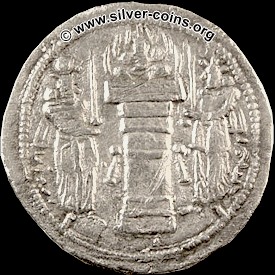 The reverse side of the King Hormizd the 2nd silver drachma shows a fire altar flanked by the two attendants, with the bust of Ahuramazda in the flames. The Sassanian inscription on the left and right side of the silver drachma does say the words NURA ZI AURAMAZDI.