Here below are the pictures from an authentic 1924 dated peace dollar and a counterfeit peace dollar with the same year on it. 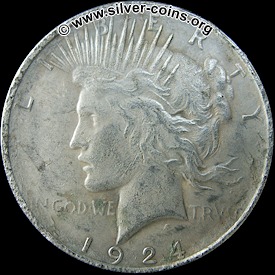 When comparing the images from the two peace dollars above, both showing the date 1924, the following differences are easy to see on the counterfeit coin and not on the authentic peace dollar. 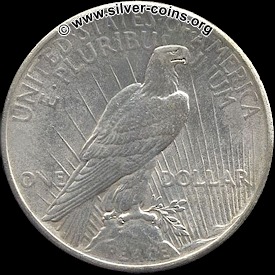 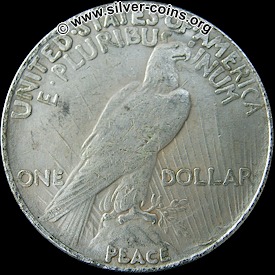 The reverse side of the counterfeit peace dollar was having very fat letters still but the eagle itself was very slick. As you can see this looks totally different from a normally worn peace dollar like the authentic one we used for this example. We have had the choice to use a more detailed authentic peace dollar instead of this example as there are still plenty available, but for comparing this coin we have chosen this peace dollar instead to present a better comparison for our visitors.