The authentic Chinese Dragon coin listed on this page has been made during the Qing Dynasty which was present in China from the year 1644 until 1911. This dragon coin, or dragon dollar as some call it also, has been minted somewhere between 1909 – 1911 in the Hubei Province which is situated in the center of China.

Here below are the images from an authentic Chinese silver dragon coin and a cheap counterfeit dragon coin, both from the Hu-Peh province in China. 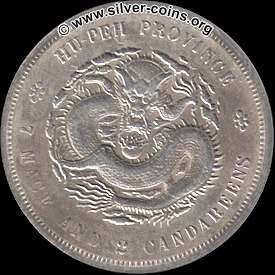 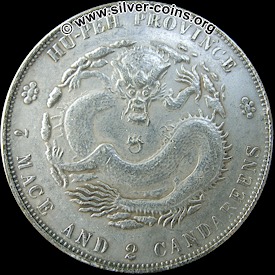 When comparing both Chinese dragon coins the following differences are easy to see on the counterfeit coin and not on the authentic silver dragon coin. 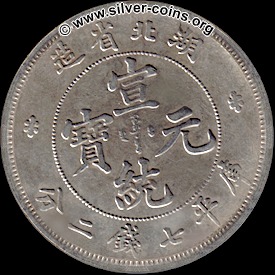 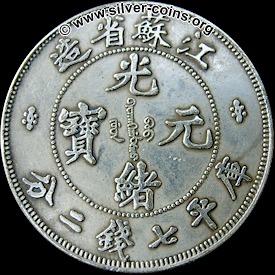 The letter and numbers are more to the edge of the dragon coin. The reverse side of the counterfeit dragon dollar shows another Chinese text, but as there are many dragon coins with different signs on it, this is not the right way to identify these coins as a counterfeit Chinese dragon dollar. What is clear to see when comparing these two pictures is the thickness of the Chinese letters on the counterfeit that does not match the authentic silver dragon coin.