Some coin forgeries are actually too stupid for words and this happens to be the case with the counterfeit coin we show here below. Because there has never been an American silver eagle dollar made in the year 1906 this coin is very easy to identify as a forgery and you do not have to be a silver bullion coin expert for it. Real American eagle dollars are struck since 1986 and mostly these silver bullion coins are going to be purchased by silver coin collectors worldwide.

Here below are the images from an authentic “Liberty Walking” silver dollar and the counterfeit American eagle dollar from the year 1906. 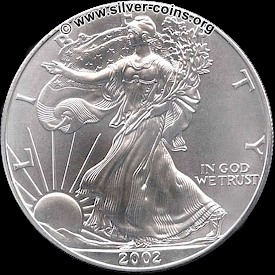 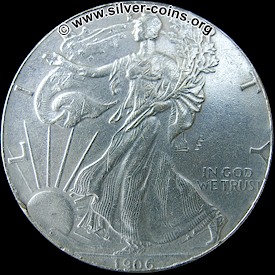 When comparing both walking liberty bullion coins it’s easy to see that the counterfeit has the same slick details as we see from other Chinese made counterfeit coins. I guess that is also the reason why they created a coin with a date 1906 as nobody would believe such details on a 2002 American eagle dollar. 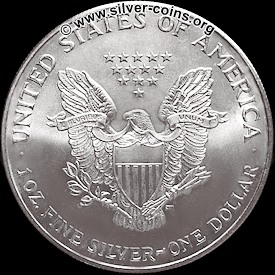 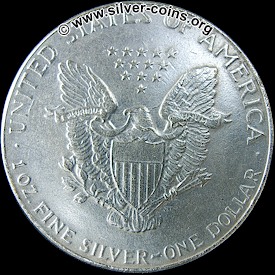 The reverse side of the counterfeit American eagle dollar has also the same slick surface as the obverse side. The surface of the bullion coin was made of thicker material than most other Chinese forgeries.