The trade dollar from 1876 is a silver coin that is easier to collect then the rare silver dollar coins as there are still plenty of these coins for sale at various online markets. The proofs are sold for reasonable prices up to $3000 at coin auctions. 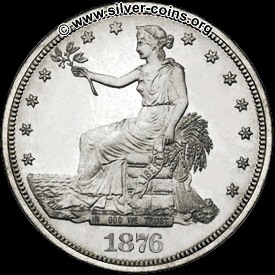 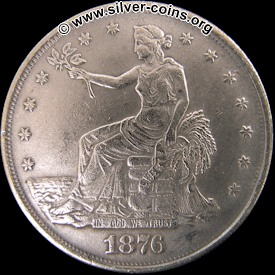 When comparing both 1876 trade dollars the following differences are to be noticed on the counterfeit coin and not on the authentic coin. 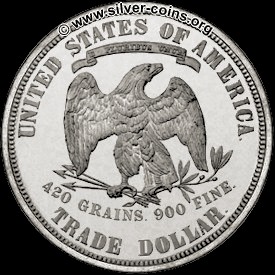 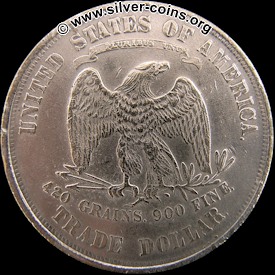 The reverse side of the counterfeit 1876 trade dollar has also a very slick surface that can be found on most Chinese made forgeries like this.