Nothing beats having good references in whatever you are planning to do. In any endeavor, it pays to do your homework by researching and equipping yourself with valuable knowledge. This habit will put you right on track. The same goes for coin collecting. Before you make any purchase, especially large ones, you must first acquaint yourself with the hobby. There are a lot of references available on the internet – you will find here feature articles, magazines, books, and even e-books about coin collecting. These references will help you understand what you’re getting into and how are you going to get the most out of it. And even if you are already an old-timer in the hobby, you still need to look at these references from time to time so you will be updated with the latest on coin collection. Of course, you will want to learn about new discoveries, upcoming coin collecting events, and price trends. 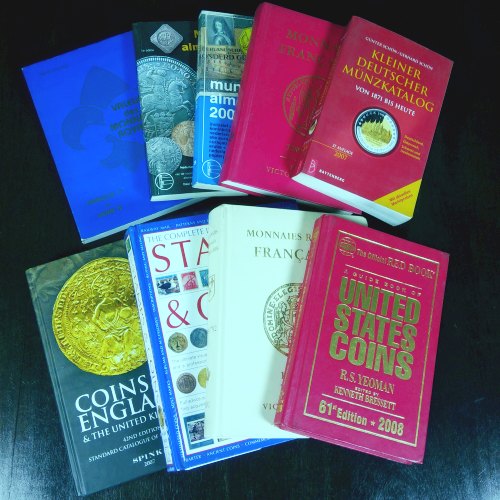 When going to a coin show, a coin collection guide book would come in handy as a quick reference on the coins that you will see in the show. You can bring your book to the show and consult with it every time you see a coin that interests you. This will help you decide on making your purchase later on.

If you don’t know any coin collecting reference books, here are some titles that you can find in bookstores and online stores such as amazon.com.

These 5 Ancient Coin Collecting books are all written by Wayne G. Sayles.

There are also lots of magazines and newsletters about coin collecting. You can also find them on the internet.