From the rare 1796 draped bust dollars there are six varieties.

Here below are the images from an authentic and a counterfeit draped bust silver dollar coin, both showing the year 1796. 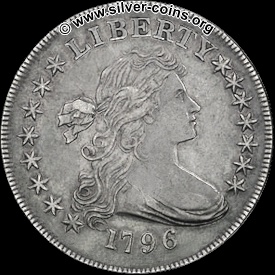 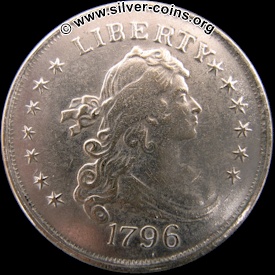 When comparing both 1796 draped bust coins the following differences are easy to see on the counterfeit coin and not on the authentic coin. 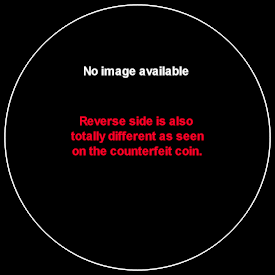 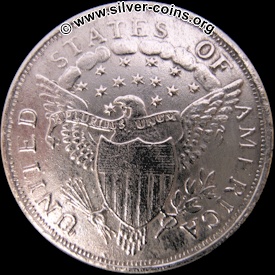 The counterfeit coin has a reverse side with a wrong eagle on it means the maker of it did not have knowledge enough from the 1796 coins. Still, there are counterfeit coins know from the year 1796 who come very close to the authentic ones.