The trade dollar from 1885 was designed by William Barber and there are only five proofs made of this year, so a very rare coin and maybe the rarest on this planet. In January 2006 an authentic 1885 Trade Dollar which was previously owned by the legendary “King of Coins” banker, Louis E. Eliasberg Sr. was sold for $3.3 Million at an auction in Dallas, Texas, USA. 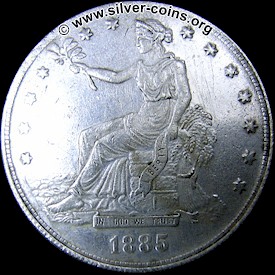 When comparing both trade dollars from the year 1885 the following differences are easy to see on the counterfeit coin and not on the authentic coin. 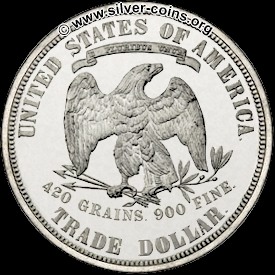 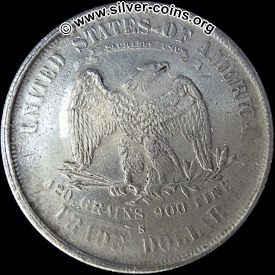 The reverse side of the counterfeit 1885 trade dollar we used for this example was having a very slick surface and soft details. What can be noticed also when comparing the details from the reverse side to the obverse side is that these do not match in quality and with authentic coins this mostly does.